Every fifteen minutes, a free shuttle is available to bring guests between the two venues. Once you have made your film, how do you get it seen? A variety of avenues exist for Southeast Asian filmmakers to distribute their works, though they may not always follow the industry norm. In this panel discussion, we will ask our industry experts about the different ways regional filmmakers can screen and sell their films.

Probably the biggest problem facing filmmakers worldwide is finding adequate funding to get their film projects off the ground. This is even true for smaller budget films, and perhaps even more so the case. Our panelists will share their experience with raising money for film budgets and talk about how certain programs in their respective countries can help.

From Opium to Poppies to Coffee Beans
Director: Matthew Robinson

Screenings on loop in the TAEC Patio.
A small entrance fee is collected to enter the museum.

DEPARTMENT OF STATE (SCREENINGS AT THE NATIONAL MUSEUM)

The Call of the Loom
Director: Nicholas Sauret and Joanna Smith

This year, the Luang Prabang Film Festival held a graphic design competition with a big cash prize! Any designer living in Southeast Asia was invited to submit a movie poster design for a fictitious film called My Mother’s Wedding. This is not an existing movie, nor one in production, so we encouraged graphic designers to imagine what might happen in the film, who the main characters are, and how the film might take place in their own country of origin. They also had to submit an artist’s statement that explained their interpretation of the film’s subject, and their inspiration for the poster’s design.

The top ten poster designs were selected by the Luang Prabang Film Festival’s Board of Directors, but our festival visitors chose which artists received First Prize (and $750), Second Prize ($500), and Third Prize ($250).

Congratulations to the winners! 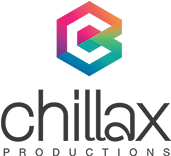